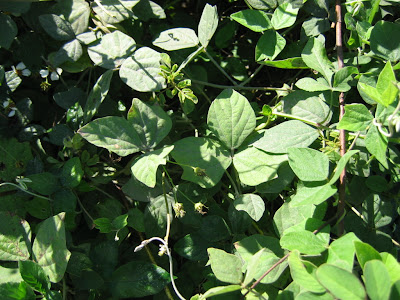 Kudzu (Pueraria montana) is a non-native, invasive vine in Florida and as far north as Massachusetts. It grows so fast that it also goes by the common names "foot-a-night vine" and "vine-that-ate-the-South"! It's origins are in Eastern Asia, but it was originally introduced to the United States as an ornamental in 1876. Then it was used as a forage plant in Florida in the 1920s. AND, hard to believe, but our own U.S. Soil Conservation Service actually promoted it's use in the 1930s as an erosion control plant. It has the ability to grow so densely over a tree that it will kill it simply by shutting out the sunlight. 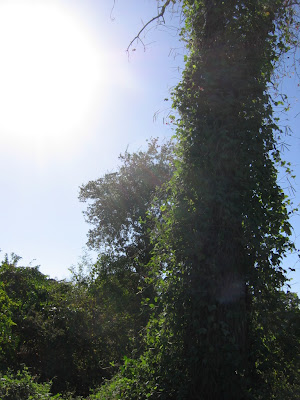 So, even though they are little talked about, there are some edible and medicinal uses for Kudzu.
Posted by Unknown