Birth of the Mayapple

It is the beginning of April and already, a plant named the Mayapple is popping up through the leaf litter and making it's debut. Here is the lifecycle of the Mayapple thus far in April: 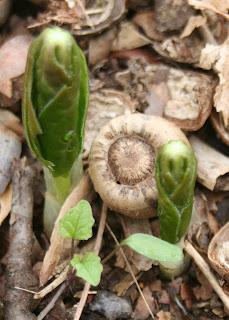 Notice that there is an acorn in the background. These shoots are tiny! 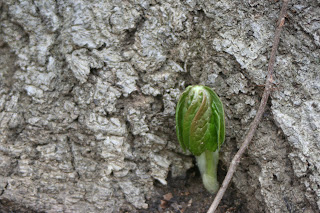 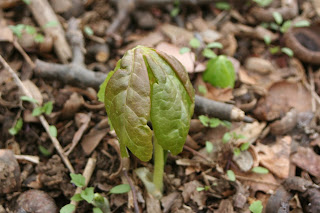 The leaves slowly unfurl to reveal this: 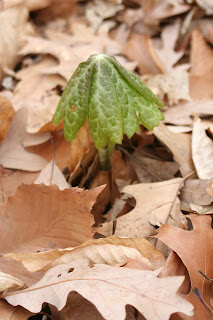 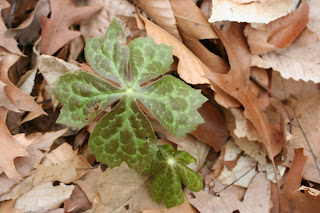 The Mayapple (Podophyllum peltatum) is in the Berberidaceae family. This is a two leaved plant which vaguely resembles an umbrella and is also known as a Devil's apple. It will flower in May and form into a berry which ripens in late summer and is the only part of the plant that isn't considered poisonous. The plant's rhizome is being studied for it's anticancer properties. Native American Indians were known to gather the rhizomes in autumn, dry them, and grind them into a powder which was eaten or drank as a laxitive, to treat intestinal worms, or as a poultice to treat warts and skin tumors. Another interesting fact - Although this is an abundant plant in the forests of the northeastern US, it is endangered in Florida.