While researching for the last post about the Top 10 New Species of 2012, I came across some conflicting news about what the list is composed of. Interestingly, the LA Times has a beautiful slide show of the Top 10 species newly identified in 2012, as does the Guardian, and Time, and National Geographic. These are supposedly based on the same ASU International Institute for Species Exploration where I found the 2012 list (which is based on species found in 2011). On the official ASU website there is no news of a new list. So where did this list come from? Is this the newest list that has not yet been published on their website?

It's pretty exciting though...did you know that there are cockroaches which are laced with bioluminescent bacteria (see above picture)?? Holy moly!! And they're almost kind of cute, like jawas from Star Wars.

I don't see these species on the Institute's website. If you find any more information about this, I'd be interested to know what's going on!

Update: according to the National Geographic page on the top 10 species:


"On Thursday, the ASU researchers released their list of what they say are the top 10 newly discovered species from last year, an annual tradition dating to 2007. The group always unveils the list on the anniversary of the birth of botanist Carolus Linnaeus, the man responsible for devising the scientific classification of organisms."

2nd Update: A nice editor from the Guardian named Eric answered my question when I sent him an email. Although they have not updated their Top 10 List webpage, ASU announced the list on their news homepage. Mystery cleared up! Now I can sleep easy knowing that the glow-in-the-dark cockroach is not a mistake! And now I also know that this is real...the Lyre Sponge (Chondrocladia lyra) was discovered in the deep dark depths of the Pacific Ocean. (I would mention the blue-balled Lesula Monkey that was also discovered, but let's try to be adult about this) 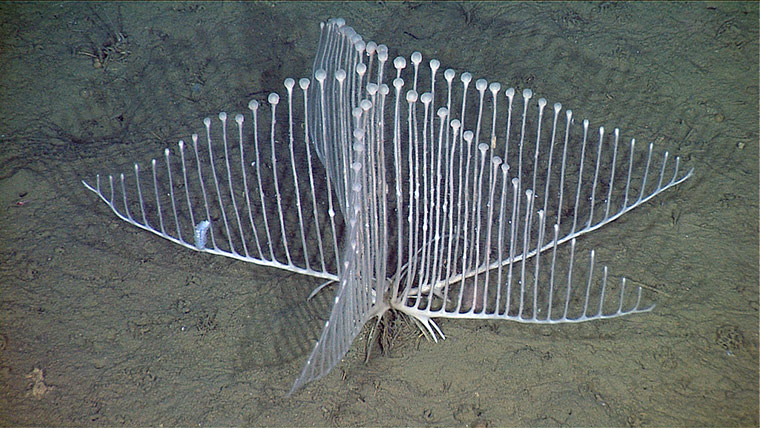