So this is my first election for which I voted as a resident of Florida. The first presidential election I voted in was in Pennsylvania in 2004 for the Kerry vs. Bush election. It's pretty exciting to be voting from a swing state. I feel like my vote actually counted more than if I had been living in a very Republican or Democrate biased state. So I marched my little butt out to the polls on Nov 4, 2008 at 6:45am...a time of the morning that normally finds me very grumpy...but yesterday I could barely sleep through the night I was so excited to get up and go mark my very own scantron in favor of my candidate of choice.

Then, yesterday evening, I picked a barstool from which to watch the results at one of my favorite stomping grounds - Yeoman's. Everyone in the bar was really amped up and anxious to know the potential of our next 4 years in this country. And boy were we excited to find out the winner...OBAMA!! Yay! My vote actually counted and it appears so did a lot of other people's in crazy ol' Florida!! What a victory! 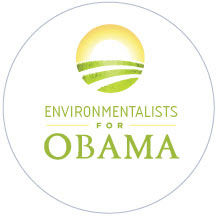