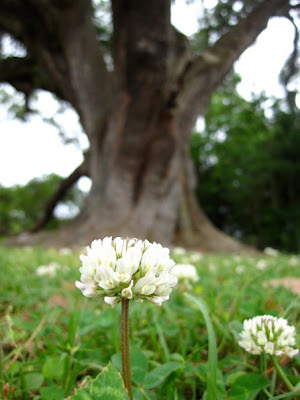 So I meant to post this yesterday, but since I believe everyday should be Earth Day, I feel this is still justified. What did you do to celebrate Earth Day? My mom is here in Delray Beach visiting me for a few days and I'm trying to squeeze in some fun things around my work schedule. Last night we went to see the premier of the new Disney movie called "Oceans," have some wine, and eat cheesecake. The movie was really beautifully done (in the same style as March of the Penguins and the Life and Planet Earth series). The videography was breathtaking and I imagine, quite difficult and dangerous at times. Disney really dodged every and all environmental concern that could have been addressed in the film. They noticeably distract the viewer from the realities of our human impact with pretty images. Mom and I found this unfortunate, because this film, which will probably be seen by hundreds of children and parents, would be a great platform to at least raise awareness of our infractions. Come on Disney...take a little initiative. We're not asking you to become environmental activists, but if you have footage of issues going on in the oceans, feel free to show it...we need to see these! Ok, enough of a rant...I recommend you check out the movie yourself and see how you feel. The images are just amazing!

On another treehugger note, this past weekend, on my way back from an amazing hippie jamfest in northern Florida, I stopped to see the largest live oak in Florida. I have been using the National Register of Trees from the American Forests to find large trees in the area and this one was a whopper! It is 29 feet in circumference, 79 feet tall, and has a canopy spread of 154 feet. It's the biggest tree I have ever seen and touched in real life. There was even a really cool branch that came out low on the base of the trunk, arched toward the heavens, and then touched the earth again to support it's mass. I climbed it and loved it and worshiped it for it's age and wisdom. Imagine all the things this tree has seen! 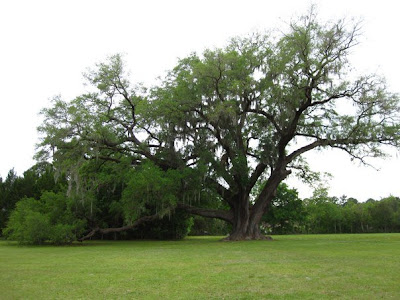 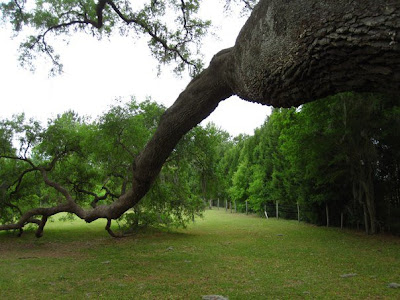 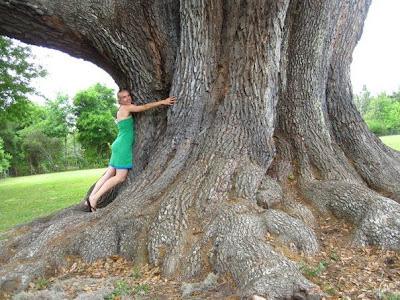 Haha, yeah, key word is "trying." This one is just too much for me to wrap around. But I hugged a small part of it.