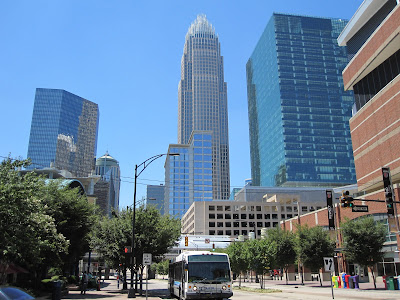 July 7th, 2010
On the morning of July 7, I awoke in Jackie and Mark’s really beautiful home in Charlotte, North Carolina. I lolled in the comfortable guest bed they had set me up in and tried to relax after the demanding drive the day before. Jackie and Mark were both up early and left for their respective jobs while I still stretched and took inventory of what my new life held for me. I took their suddenly sweet, well trained miniature dachshund, Simon, for a walk around the neighborhood just before midday. Although this seemed like a good idea to me at the onset, Simon made it quite clear within 4 steps out the door that he did not agree. The 97º F base temperature plus the extreme humidity gave us a heat index of about 105º F that stood like a wall of invisible concrete just outside the door. After an abbreviated walk, during which Simon continued to look at me with baffled looks concerning my Homo sapien stupidity for leaving a well air-conditioned building, we hurried inside for refreshment, both panting.

Not long after, I vowed to get out of the house on my own and explore the town of Charlotte, NC because I knew I didn’t have long in the area. Knowing the extreme heat that awaited me, I thought that perhaps taking a leisurely biking tour of the city, with the wind in my face, would be more comfortable than a sweaty walking tour. I loaded up my bike once more on the back of my Corolla and followed the GPS directions to the center of town. I was shocked to see that there were brilliantly tall, modern skyscrapers nicely clustered around the center of the town, a convenient beltway around the city epicenter, and great parking and bike lanes everywhere. Wow! This is what a properly planned urban center was supposed to look like; compact (without too much suburban sprawl) and conveniently centralized (which makes it pretty nice for all forms of transportation) with beautiful landscaping and even space for urban trees. I had seen it throughout my schooling on paper, but never in practice. It felt like a tiny, bustling, state-of-the-art utopia. According to Jackie, Charlotte is one of the only cities which is still experiencing a financial upswing even during the economic downtimes of the rest of the country. Construction, scaffolding, and design plans can be seen all over the city. Charlotte was recently awarded the title of the 2nd largest financial center in the US (just after New York City). Did you know that? I certainly had no idea! Banking institutions such as Wachovia (a Wells Fargo subsidiary) and Bank of America have established their headquarters in Charlotte and are prominent developers of and investors in the downtown area. This explains why I was seeing an overwhelming number of what I considered moronically suited, uptight people walking around in sweaters (obviously for their overly cooled office buildings) during a heat index of 105º F!! It all makes sense now. 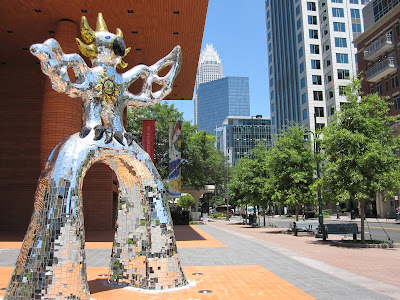 Side note of interest: According to the World Economic Forum’s ranking of the top 10 global financial centers for 2009, the US ranked 3rd and Switzerland is all the way down at 7th. I’m shocked! 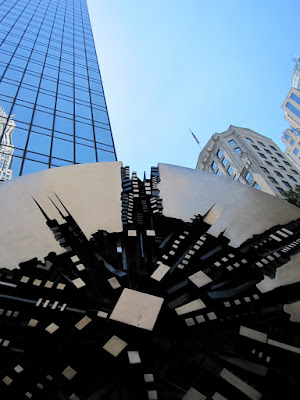 I parked at a pay-meter along the street near the intersection of Trade St. and Tryon St. (the slightly elevated epicenter of the city, which surprisingly also had bike lanes). Again, I was delightfully shocked to find that it wasn’t necessary to find a frighteningly dark parking garage in a booming city like this. Just in front of the centrally located Bank of America high-rise building, I was met by a mid-day farmer’s market where I bought fresh cantaloupe and blackberries to thank Mark and Jackie for having me. 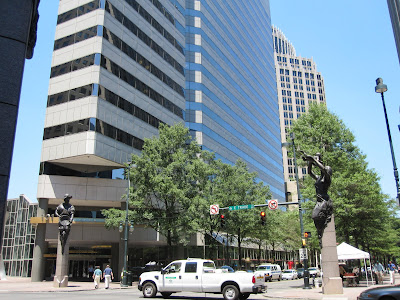 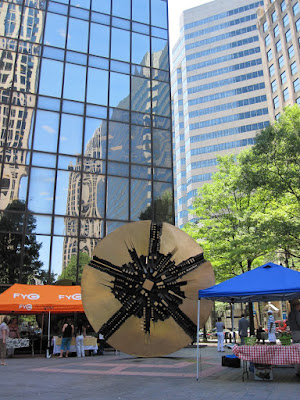 Then, with fruit in tow, I continued to ride my bike around the center of town and found some cute strips of boutiques, barber shops, travel agencies, some surprising multicultural food (Indian and Jamaican), and pubs where the World Cup was in full swing. 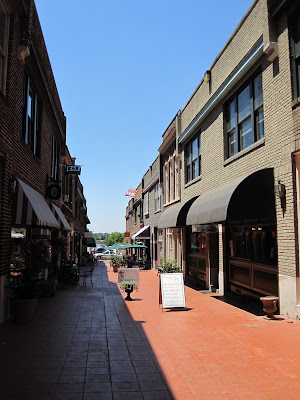 Still on island time, I soon realized that the city was not my speed, so I reloaded my bike and drove to another, more calm part of Charlotte, called Midwood (read about this in Design Sponge City Guide). Midwood is a very chill, laid back, somewhat hippie part of the city with a small section of the main road dedicated to stores such as:
and my favorite:
6. Late Night Pawn - a sketchy narrow backdoor with a neon sign boasting the name
above the locked door.

Later, when I mentioned to her that I had gone to Midwood, Jackie also suggested I check out one of the favorite local food joints there called Penguins on my next visit. Jackie and I took Simon for a late afternoon walk at a local park, where Jackie showed me that there was still some hidden treasures of natural areas even inside the developing area. 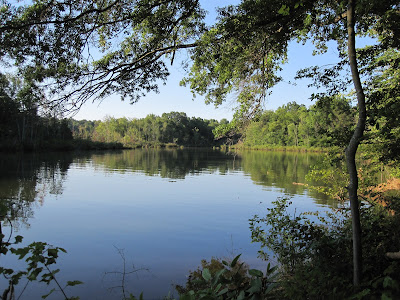 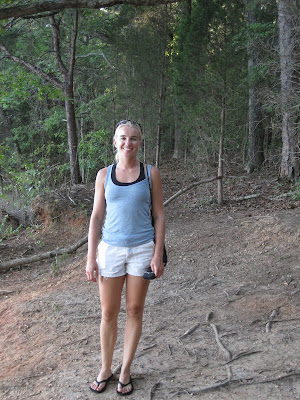 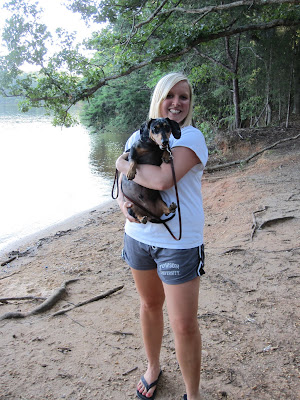 That night, Jackie, Mark and I went to dinner at a really classy irish pub/restaurant called the Dandelion Market. The restaurant served irish food in tapas form with a really great selection of draft beers. It was not at all what I expected from an irish pub, but completely awesome and delicious! We had the:
Then we had an after dinner drink at the EpiCenter (a very posh, upper deck lounge and club with an outdoor movie theater which is most certainly hopping on the weekends). We were all pretty exhausted, so we cut the night a bit short and headed home for some rest. I was thankful for the shut-eye before the long drive that awaited me again the next day. (Thanks again Mark and Jackie!) 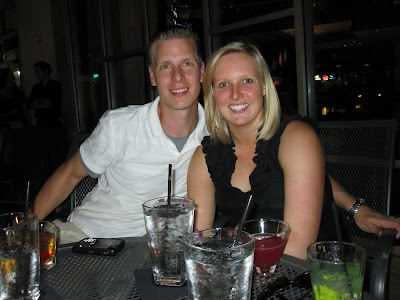 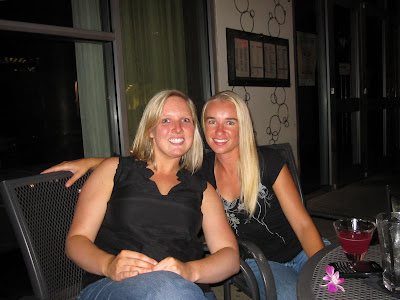 All in all, Charlotte, NC is a really great city. Give it a few years to age out of its slightly arrogant, crazy sophomore party years (I’m exaggerating a little here), gain a little culture, and get a little more settled, and it’ll be a perfect town to put roots down in. 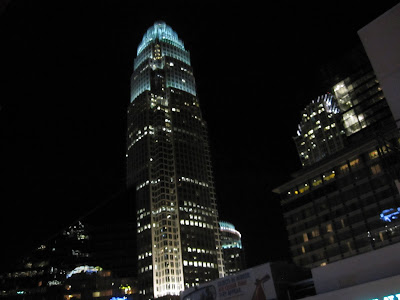