Some other things we measure and record as prey for wading birds: 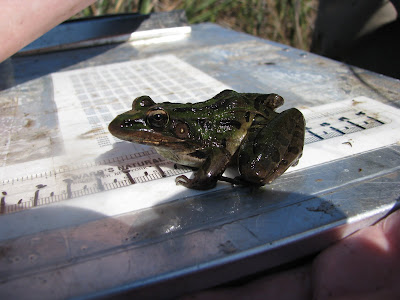 This is a big lively Southern leopard frog (Lithobates sphenocephalus). 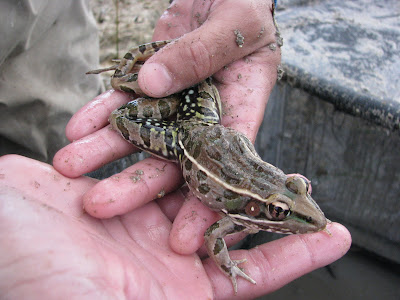 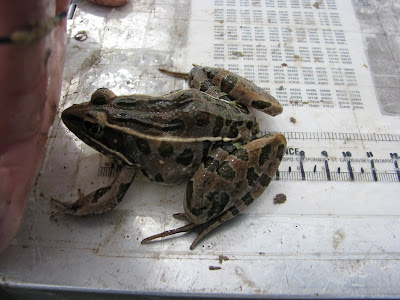 And here is another leopard frog we caught on another day. 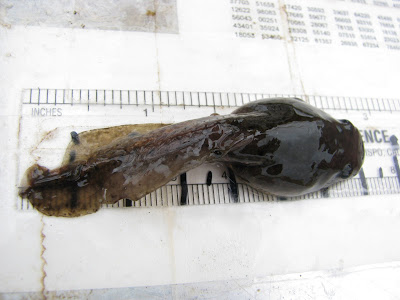 We also measure and record tadpoles. I'm not sure what kind of tadpole this is, but we can be sure that wading birds would eat this if they were given the chance. 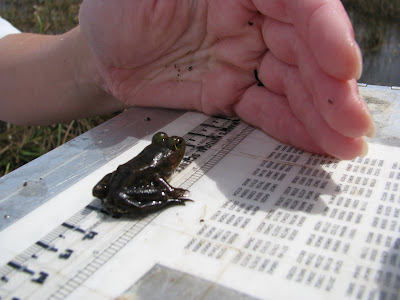 This little guy looks totally unassuming from the top, but flip him over and you've got this beautiful golden speckled soft underbelly: 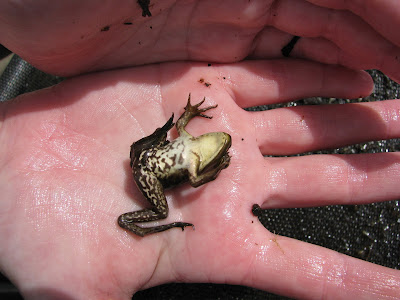 I'm not sure what species he is, but I'm guessing young Pig Frog. This is an apple snail. The Florida Apple Snail (Pomacea paludosa) is a very important part of the Everglades ecosystem. This large freshwater snail is the principal food source of the endangered Everglades kite (Rostrhamus sociabilis plumbeus), a really beautiful and magestic raptor native to the region. Unfortunately, the Florida Apple Snail is under a lot of pressure. First, is it now in direct competition with 4 introduced species of apple snails that are bigger and more aggressive than it is. Studies are currently under way to see if the Everglades kite will eat the invasive species of snail as well and if it contains the same nutrients it obtains from the native species. Second, artificially controlled water levels in the Everglades ecosystem by the South Florida Water Management District have negatively affected the abundance and distribution of native apple snails in its home habitat. Read more about how apple snails are important to the Everglades Ecosystem Restoration Plan here.

To see the fish and other prey species that we collect and analyze back in the lab, check out this posting.
Posted by Unknown